I am having some problems with my use of a ResMed S9 CPAP(auto) and I wanted to ask for solutions/advice.

My Respironics REMstar Auto M series motor finally went out on me. I went to my local DME and asked for a recommendation for the best CPAP(auto) out there. They said unequivocally that it was the ResMed S9. I took their advice and I ended up buying 2 units for cash since I didn’t have insurance that would cover it. Almost a thousand dollars apiece. And I bought 2 Swift FX nasal pillows as well so I would have 2 setups to use.

Now the reason I bought 2 units was so that I could have one at home and one at the new girlfriend’s house and didn’t want to be lugging one CPAP back and forth all week and not knowing which house I would end up at for the night. Our houses are about 40 minutes apart.

So I have been dating the girlfriend for about 3 months, it has been going phenomenally well, this is a person that I love and I don’t take that lightly, but I have been a little wary about introducing the CPAP into the equation since it is a little awkward and embarrassing but we talked about it and I finally brought the CPAP over to her house. I set it up and we get into bed and I turn it on and she says “what’s that whistle noise?” (Yes, this is the S9 unit that has the annoying whistle noise.) So I try to cover up the CPAP with a towel and lowered it to floor level to attempt to make it quieter. We eventually go to sleep but a couple of times during the night she tells me that the CPAP whistle noise is bothering her every time I exhale.

The next night at her house I start trying to analyze where the whistle is coming from and try taking off the humidifier, moving the CPAP to different locations near the bed, placing various towels and pillows around the machine to muffle the sound and nothing works to make it quiet enough. We even put on a fan to bring some white noise in and that doesn’t mask it enough either. She tells me that she can’t sleep with the CPAP on and the previous night she wasn’t able to sleep as well because of the whistle noise. I end up going home that night since she can’t sleep with the CPAP on and I can’t sleep without using it. Not a happy camper.

So I start looking for solutions because this is affecting my relationship in a big way. I contact my DME where I bought the 2 units and set up an appointment to talk to the manager. I tell her my problem with the noise issue and she says that I would have to take that up with ResMed and there is nothing they can do about it. I only have 6 hours on the one machine but they say that it is considered “used” now and I can’t return it. They said “that is the law” and they can’t be returned if used. Their only option was for me to return the machines for 50% of what I just bought them for since they were used. I argued with them for a good 20 minutes but that is all that they would offer.

So I am looking for advice on what I should do at this point. I am getting really frustrated with this. Here are my options as I see it:

1) Contact ResMed and look to get refunded for the 2 ResMed S9 machines that I can’t use if I want to sleep in the same room as my girlfriend. I don’t know how this process would work or what my chances are of getting my money back for what I consider 2 defective machines that have noise levels WAY over what I consider acceptable. The S9 has a whine on inhale and a whistle on exhale. Completely unacceptable! My girlfriend says it sounds like a cat in heat. My Respironics REMstar Auto M series was significantly quieter.

2) Return both machines at a loss of about a thousand dollars and buy another machine that is supposedly quieter from the same DME who didn’t stand by me.

3) Build some kind of noise deflecting box to use for both my house and my girlfriend's house so that it would be quiet enough to use the S9’s. I don’t know if this would even work.

4) Try to talk my girlfriend into using ear plugs so that she can sleep and we can be in the same room. I hate to do this because I don’t want to affect her sleep in a negative fashion and I don’t want her to not hear her alarm in the morning or feel cutoff from what’s happening around her. I have tried earplugs in the past and they bug me too much to use. Because of the noise level on this machine I have just been using 2 t-shirts to cover each ear.


Does anyone have any advice to help my relationship and make this situation better? I need a solution pronto.

Are both of your machines doing this? If not, relationship crisis intervention = switch the home machine and the GF's house machine while you try to work the rest of it out.

A few of us have eliminated the whistle by simply repositioning the filter on the back side of the machine. Try futzing around with it a little.

Others have just gotten desensitized to it over time, but most of those folks have said that the noise was pretty faint, not like a loud cat in heat !

Others will come along with their suggestions.

Unless things have changed, under ResMed's warranty policy a defective machine is replaced with a new machine, but I've never heard of anyone being refunded by ResMed.
_________________
Top

As has been said try swapping the machines. If nothing you do seems to quiet the whistle then try to gently talk her into putting up with it for a few nights. I would really be surprised if in a few nights she didn't get to point of blocking the sound out and not hear it any more.

We men are born with a natural ability to block out sounds we don't want to hear. At least that's what we're accused of by our spouses. I'm sure women can learn the technique also.
_________________
Top

I had the same problem with a new S9 Autoset and sent it to ResMed for repair.They sent back another new S9 and it also had the whistle noise on exhale.I think all of the newer models made in Singapore have this undesirable feature.
I bought a white noise machine and no longer hear the whistle.The machine I bought is made by Sound Oasis and has numerous sounds including gentle rain and ocean surf.The volume of these sounds can be adjusted.
_________________
Top 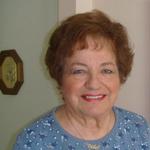 I am able to reduce the noise on exhale by breathing more shallowly and not so forcefully on exhale.
It isn't so loud that it bothers my sleeping though.

My S9 VPAP has it and I am not using EPR so I don't know if EPR makes any difference or not but worth testing to see if the noise level will change. It does seem to be related to force of exhale though.

GrantAZ, I have just recently begun to hear a very slight whistle when I exhale. But it seems to happen only after I refill the tub. By the next morning after the water level has dropped the whistle is gone, or at least diminished quite a bit. Try filling the tub only about halfway and see if that has an affect.
_________________
Top

Put the machine in a box of some kind. Cut a hole twice the size of the hose and run the hose through that. Being twice the size gives enough space for airflow into the box around the hose.

See how much noise gets out.
_________________
Please enter your equipment in your profile so we can help you.
Click here for information on the most common alternative to CPAP.
If it's midnight and a DME tells you it's dark outside, go and check for yourself.

I don't know if it is a whistle, but I quieted my airflow to practically nothing by running the hose through a "passover" humidifier. I don't put water in it, but guess all the baffles slow the air down.
_________________
Top

GrantAZ, I brought this problem to the forum a year ago. I was disputed, attacked and ridiculed by three or four people. My machine still makes a noise upon exhalation. It has nothing to do with the humidifier or amount of water in the tank, the EPR or any other settings, the filter, the hose, the mask, etc. I think it is a design noise produced by slight changes in pressure in the turbine housing. Others have mentioned similar noises made by their S9. Some make no noise at all; but several do. Mine was replaced in the first week by my DME. The replacement does the same thing. No, I have not been able to ignore or get used to the noise, as some have suggested. My solution was to set the unit on a small stool and put a pillow on top of it. This has muffled the noise. It is my opinion that the pillow is not dangerous; that it doesn't affect the operation; that it won't get too hot. I have used it this way for a year. Other than this irritating exhalation noise, the S9 is a great, almost silent machine. Good luck.
_________________
Top