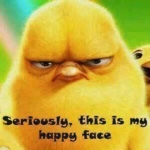 So please take the time to read it.
http://sleepyhead.sourceforge.net/wiki/ ... p/Glossary

Thanks Pugsy. I feel better now that I understand the equipment and everything better. In today's health care system, they don't have time to explain anything. Probably why there's such a high non compliance rate on sleep disorders.
Top

It has been a long time since I logged into cpaptalk.com. A friend of mine is in his 2nd week of misery and I am recommending he drop in here and gain from everyone's experiences. I am glad to see you are still active! Your posts and replies were most helpful to me as I started out, as were many others. Other than the occasional mask leak, I am living with my machine very well. Thank you for your diligence!

Krelvin wrote:I am in the process of getting a new machine which is supported by Sleepyhead. I have been using EncorePro/Basic with my Current M-Series Auto BiPAP that I have had for 6yrs.

I am looking into possibly getting a O2 sensor and looking to see what is compatible. One that I found I thought was interesting which would allow me to use my phone to collect the data. I still don't know if it has an export mode yet, but I'm curious if anyone has looked at it as a possible supported device

Here are two nice ones, Krelvin. One has bluetooth. I use the 50i. It works reliably and the data/graphs import nicely into SH on the same SH graphs time scale.

Krelvin wrote:I am in the process of getting a new machine which is supported by Sleepyhead. I have been using EncorePro/Basic with my Current M-Series Auto BiPAP that I have had for 6yrs.

I am looking into possibly getting a O2 sensor and looking to see what is compatible. ...

Here are two nice ones, Krelvin. One has bluetooth. I use the 50i. It works reliably and the data/graphs import nicely into SH on the same SH graphs time scale.

Just want to thank Pugsy for the tutorials, glossary, everything. Essential information that apparently is available nowhere else at all, certainly not from my doctor. Super grateful!
_________________
It's always something. Roseanne RoseannaDanna
I was a victim of a series of circumstances, as are we all. Malachi Constant
Top

I am using a Resmed AirCurve10 ASV with SleepyHead. I have complex apnea with about 50% being centrals. My SleepHead daily report is showing a category "UA" as an event flag which does not seem to be defined anywhere. Can you tell me what it is measuring?
Also, my DME accidentally gave me the wrong machine (same model but without ASV) and I used it for one night. Of course, I had horrible results. But the SleepHead daily report for that one night showed a CA event flag which indicated my centrals. My new report using the ASV machine shows only LL, UA, OA, and H. Why doesn't it show CA ??

Because ResMed in their infinite "wisdom" doesn't separate central apnea events from obstructive apnea events on their ASV AirCurve model machines.
They never have for whatever reason they decided to do things that way.

Since SleepyHead is used to having separate categories for OAs and Centrals/CA when the ASV type of machine is used SH doesn't know what to call the events that are in the Apnea Event category so they get called unknown apnea events when using SleepyHead.
If you were using ResScan those "unknown/unclassified" events would just be in the Apnea Event category with no separation into central or OA subclassification.

So we don't ever really know if those "Apnea events" are obstructive or central when using the ResMed ASV type of machine. We assume that they are probably obstructive since if they are a central the machine is suppose to deal with them so they don't happen but I never could find out exactly for sure if that is what we see. When this has happened in the past and a person had a lot of "unknowns" we usually treated with more pressure minimum and they would go away or reduce so that tells us that they were obstructive since they responded to an increase in the minimum pressure (EPAP).

I have a ResMed ASV type of machine...and I have both SleepyHead and ResScan and when comparing the data results....Apnea Index in ResScan always matches the "UA" index in SleepyHead.
Hyponeas are always separate anyway.

I always thought it was kinda stupid to have a machine that treats centrals not flag them separately but that's what is happening with the ResMed ASV type of machines but no one ever asked me my opinion on why they decided to do that.
Now Respironics ASV machines do flag centrals and obstructives separately.

So....after all that...if the UA/Apnea Index is really low...whatever they are there's not very many of them happening and therapy is working and we shrug our shoulders and move on.
Hyponeas are almost always obstructive in nature though.
_________________
I may have to RISE but I refuse to SHINE.
Top

I need to give a shout-out to Pugsy and everyone on this forum!! I have been a member for 5 yrs and fell off the wagon. Now that I have a team of great doctors and a shiny new machine, I'm trying to re-learn a lot of things about my OSA. This is a great place with great people and discussions. I can't imagine any of this being explained to me in a doctor's office. I can't imagine managing this without support like this.

I've told my husband I need to have some time each night to do "CPAP homework" and figure out all the data gathererd from SH.

seajay wrote:I'm an old patient that just got a ResMed Aircurve 10 ASV. Can you tell me how to get to all the numbers on this machine?

What numbers are you wanting?
SleepyHead works reasonably well with the AirCurve models.
https://sleep.tnet.com/equipment
If your computer is Windows you could also use ResScan. See the above link for information and further links to the software.
If you are just wanting to get to the clinical setup menu you can find those instructions here
http://www.apneaboard.com/adjust-cpap-p ... tup-manual

This thread really doesn't get much action and it would be best to start a new thread with your specific questions so that it can get the attention you deserve. It will get lost in this thread.
So I suggest you start a new topic if the above links don't answer your questions.
_________________
I may have to RISE but I refuse to SHINE.
Top