Many of you know that I am currently using the new Respironics DreamWear nasal cradle cushion mask.
I was downloading my data the other day and I got a chance to see a really good example of why those 95/90% numbers sometimes don't tell the entire story and sometimes look at lot worse than what they really are.

Here is my report from the other night. Big leak ( in 2 segments) totaling for roughly 60 minutes out of nearly 8 hours of sleep.
I slept through this leak. I don't think it was mouth breathing because mouth wasn't dry at all and usually if I mouth breathe even a little I get dry mouth. I vaguely recall having to pull the back strap down with the DreamWear mask...so I think this was likely mask movement due to back strap sliding way up. It hasn't happened all that often but in the 3 weeks I have used this mask it has happened on occasion.

My point here is to point out the 95% leak number...big whopping 48 L/min and remember this is a ResMed machine so that's all excess leak and not total leak which would include the vent rate.
If I were looking at only the data on the LCD screen...I would still get the Mr Smiley face for leak control because I was only in big leak 13% of the night. Mr Frowny face doesn't show up until we spend 30% or more of the night in big leak. And on the LCD screen I would see 48 L/min which on the surface could be really scary and knee jerk reaction could be that the entire night was in the toilet due to big leak.

Actually the bulk of the night the leaks were really quite minimal and well below large leak territory.
This is where the "or below" part of the definition becomes real important. This is why I tell people to look at the leak graphs and not rely totally on 95/90% numbers when those numbers are maybe higher than we want them to be. The entire night might not be in the toilet.

This likely was mask movement leak but it very easily could be mouth breathing leak as it shows up the same way. This is why I don't jump on the "get a full face mask" band wagon when someone is using a nasal interface mask and they are saying they don't want a full face mask. This is why I say "look at the graphs" and figure out just how much time was spent in big leak.
Don't rely just on that 95/90% leak number because it sometimes makes things look a lot worse than it really was.
A bad leak number doesn't always mean that someone needs to make drastic changes unless they just want to make those changes.

This particular night...not what I normally see at all and I am not going to change anything based on a fluke night. Doesn't matter if it was mask movement or mouth breathing..it's one hour out of close to 8 hours and normally if I see big leak at all it's less than 3% of the night which is nothing to worry about.

Bear in mind that leaks don't usually wake me up...if they did wake me up a lot then I would do something about them just because they disturb my sleep. If someone gets woke up multiple times a night even with tiny leaks...those leaks need to be worked on because they are disturbing sleep and anything that disturb sleep is unwanted.

So.....especially you newbies....if your leak numbers are a bit ugly...take the time to look at the details because it doesn't necessarily mean that the whole night was in the toilet.

Oh...you Respironics users...don't go by my numbers because your machine reports leak differently. My large leak territory is around 24 L/min...yours is going to vary a bit depending on mask and pressure but up around 75 to 90 L/min is where your large leak territory begins. Also...SH defaults to show the red line for % of time in large leak evaluation at 24 L/min and SH could be reporting more time in large leak than you really have so you may need to make an adjustment to the red line number if you are using Respironics machine.

Thanks Pugsy! It's good you mention this frequently... in my experience I've found the same thing.
I like my ResMed AirFit F10 FFM - reasonably low leaks for my ASV therapy. I'm currently using a PR S1 AutoSV 960P Advanced. I also keep a ResMed S9 Adapt as backup. I use a heated Hibernite hose. Still rockin' with Win 7 by using GWX to stop Win 10.
Top 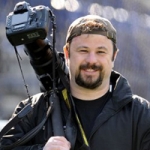 Along the lines of mask leaks, I have been using my CPAP for just over a week and both my DreamStation machine and the DreamMapper app have always shown no real leak info saying I have had 100% Mask Fit and no leak info, which I no can't be right. All my days show similar to this as far as leak info, only number that ever changes is total disconnects. I just hope when the Sleepy Head software gets updated I can start getting useful info.
Thanks for the help
Paul
Top

pwgphoto wrote:Along the lines of mask leaks, I have been using my CPAP for just over a week and both my DreamStation machine and the DreamMapper app have always shown no real leak info saying I have had 100% Mask Fit and no leak info, which I no can't be right. All my days show similar to this as far as leak info, only number that ever changes is total disconnects. I just hope when the Sleepy Head software gets updated I can start getting useful info.

Actually I can believe that you aren't having large leaks per the machine...it takes a really big leak to get a large leak flag with a Respironics machine. They have considerable leak allowance before it gets to large leak territory.
I never get large leak flags with Respironics but I get them occasionally with ResMed...ResMed's allowance isn't nearly as generous.
Mask: Bleep no headgear mask.. https://bleepsleep.com/
Machine: AirCurve 10 VAuto