It is amazing that in the middle of a pandemic the FDA is unable to keep up with those who are successfully treating people and saving their lives...

More silliness?
No, thank you.
We only go out for necessities--then only with masks.
Our cool DIY road warrior masks, of course.
Resmed Airsense 10 Autoset FOR HER, p10 mask
Top 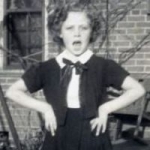 HoseCrusher wrote: ↑
Fri Dec 04, 2020 7:37 pm
It is amazing that in the middle of a pandemic the FDA is unable to keep up with those who are successfully treating people and saving their lives...

The CDC is not interested in chasing your favorite quacks and quack treatments.
Top

HoseCrusher wrote: ↑
Fri Dec 04, 2020 7:37 pm
It is amazing that in the middle of a pandemic the FDA is unable to keep up with those who are successfully treating people and saving their lives...

The CDC is not interested in chasing your favorite quacks and quack treatments.

The cdc isn't doing much at all except passing out guidlines that they don't follow and keep changing every week or so.

the whole thing is one giant cluster from WHO on down. Clearly no one was prepared. It will be years before its all sorted an analyzed and we know what was right and what mistakes were made. Clearly even the scientific community has wildly differing opinions. I read everything these days with a healthy dose of skepticism.
N-20 mask
Resmed Aircurve 10 vauto bilevel
Top

That is not at all true. 99% of medical scientists and practitioners are in agreement on prevention, treatment and vaccines. Now, if you are scraping the bowels of the internet or Fox News ...
Top

A plain old good search comes up with this. Not fox so I guess it depends on how you define the "bowels of the internet"

If you want to make a point, please state it. No one is going to wade through six links trying to figure out what you are saying.
Top

If you want to make a point, please state it. No one is going to wade through six links trying to figure out what you are saying.

I stated my point. Scientists disagree. There is not 99% agreement among scientists on any aspect of covid, from transmission to treatment to vaccines the experts are battling. Your "all encompassing statement that "99%" of scientists agree is utter baloney. I've backed up my statement with 6 mainstream sources such as the LA Times, not Fox. People are dying and will continue to die until science comes up with a safe and effective way to stop it. Only time will tell. It will be years before the data is all analyzed and we will know what really happened. In the meantime there is absolutely no reason to be so haughty. We are all in this together. I sure wish everyone would pull their heads out and start acting like it.
N-20 mask
Resmed Aircurve 10 vauto bilevel
Top

My mother passed away from Covid19 related complications yesterday. I just wanted to update from my last post.
Top

OMG Arlene. I am so sorry. I know nothing I can say will help but sending you a big cyber hug and a shoulder to cry on if you need it.

This is why I am so paranoid (per my sister who doesn't believe any of this is real and I am nuts for being so paranoid) because my own mother is 88 herself and so frail that anything, much less covid, that she might catch could be fatal.
Mask: Bleep no headgear mask.. https://bleepsleep.com/
Machine: AirCurve 10 VAuto

Thanks so much Pugsy. I appreciate your kindness. It means a great deal.

It has been a horrible few weeks. I have barely slept or eaten, just waiting for updates from the other side of the world.

My mom was finally admitted into hospital last Thursday and was unconscious. The diagnosis was severe lung damage due to late stage Covid19 pneumonia.
She was put on 100% oxygen but her oxygen levels kept dropping and she was having deep desats.
She was on a feeding tube.
No family was allowed to visit.
The pulmonologist treating my mom phoned my dad on Wednesday afternoon (my dad is very weak himself and is still recovering from Covid19). He had a video call with my mom and so my dad could tell my mom that he loved her. Of course my mom could not respond but it gave our family comfort.

She passed away a few hours later.
Top

MMR Vaccine Could Protect Against COVID-19

MMR Vaccine Could Protect Against COVID-19

Here is a study with evidence that an MMR vaccine might offer protection against the worse cases of COVID-19. The study has given rise to an idea that would explain why younger groups do not experience significant symptoms when contracting COVID. Younger people have been more recently vaccinated than older people.

One of our nation's top virologists, Vincent Racaniello, has stated that he took a MMR vaccine recently because of the evidence it will offer some significant protection from COVID.

You can get an MMR vaccine without a doctor's order. GoodRx has coupons for about $90. I don't know whether Medicare or other insurance plans will pay.

My deepest and most sincere condolences! This is terrible and devastating news - and knowing you could not be with her as she knew the severity of her condition and must have felt so alone... There's just so much horrific about COVID-19, I don't know what to say. Please, be strong - for you, your father and your other family members dealing with this disease now! May you find comfort in knowing that many people feel your pain and support your struggle!

Thanks McSleepy for your very kind words.

Recently it has emerged that a variant of Covid19 has been identified in the exact area (Nelson Mandela Bay in the Eastern Cape Province) where my family lives in South Africa. It is similar to the UK variant, however the South African variant would appear not only to be much more transmissible but there is some speculation that it could be causing more severe symptoms in younger people with no comorbidities.

Editing to add: Here are two links that discuss the South African variant:

This is certainly true for my sister who is 60 and her son who is 30, They both were and still are quite sick from this variant. (we are assuming it is the variant as it is the most common form currently in the Eastern Cape) Neither of these two had comorbidities.

Just based on what I have witnessed in my own family and what I've been told about numerous friends there who have young family members in the Eastern Cape Province who are very sick, I believe the South African variant of Covid19 is the one to watch very very carefully.

There are thousands of holiday makers who flooded into South Africa before this info became public.
For example a cousin of mine who lives in the UK flew to the Eastern Cape this past weekend, hours before the flights were grounded. Sigh.

This worries me greatly and I hope the flights to and out of South Africa are grounded.

This virus is a sneaky evil bastard and we need to be constantly vigilant.
Top

Arlene1963 wrote: ↑
Tue Dec 22, 2020 7:37 am
Recently it has emerged that a variant of Covid19 has been identified in the exact area (Nelson Mandela Bay in the Eastern Cape Province) where my family lives in South Africa. It is similar to the UK variant, however the South African variant

OMG! I almost fainted reading this. How rare! Here in the US, the news media is drowning the public in "new strain." It's not a new strain. So far, there is only one strain identified, but there are hundreds of variants. Congratulations on getting it right.
Top